So, we’re watching In the Night Garden. Again. And it suddenly hit me – if you imagine that Macapaca’s trumpet is actually a bottle of Scotch, it all takes on a horrible, dark twist. Living by himself in isolation, wheeling around his trolley filled with all his possessions, constantly taking a pull to numb the pain. He cleans the metaphorical windscreens of the other characters’ faces, but they never pay him. 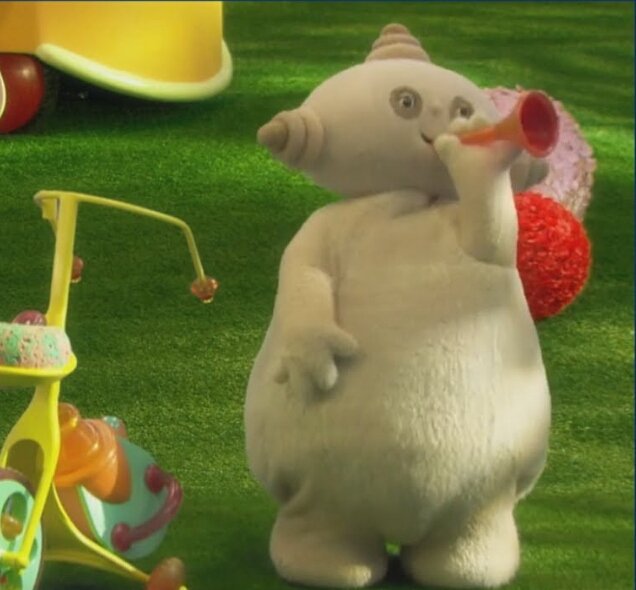 Or, as @EyeonicDJ stated, maybe it’s a crack pipe. Which actually makes more sense. I mean, the guy collects rocks and lives in a cave. And look at those bags around his eyes – he’s a common crack fiend. Going to sleep at night, hugging a rock to himself; his only comfort in a world of colour and light that he just doesn’t fit into. If only someone could release him from his crippling addiction, or show just one act of kindness – maybe he wouldn’t feel so alone.

Or maybe In the Night Garden is just fucking weird.

And maybe so am I.